“Behold the rain which descends from heaven upon our vineyards; there it enters the roots of the vines, to be changed into wine, a constant proof that God loves us, and loves to see us happy.”—Benjamin Franklin 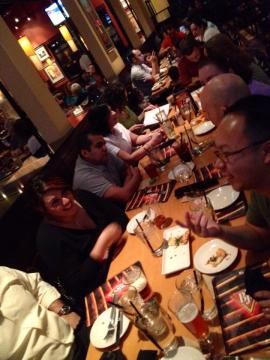 Possibly taking a cue from Benjamin Franklin, the 20s/30s/40s Fellowship has initiated the Faith on Tap series, a monthly fellowship event held at local eateries and drinking establishments around Tucson. Since its first meeting in spring of last year, beer- and wine-loving parishioners have met at places as varied as Reilly Craft Pizza and Drink, Armitage Wine Bar, BJs Brewing, and the Union Public House in St. Philip’s Plaza to drink craft brews and wines and discuss their faith journeys.

In looking for a way to involve Generation X and Millenial Generation parishioners more deeply into parish life, Serena Zelezny Hall, a wine connoisseur and leader of the 20s/30s/40s ministry at St. Philip’s, initiated the series after learning that Faith on Tap–style ministries were becoming popular at other Catholic and mainstream Protestant churches. While more intimate than the Beer and Hymns events of First Christian Church in Portland, OR or the Church-in-a-pub ministry of Calvary Lutheran Church in Fort Worth, Texas, St. Philip’s Faith on Tap gatherings draw a regular crowd of around 8–10 people and sometimes more. Faith conversations are casual with no topic of conversation set in advance. Attendees are encouraged, however, to contribute faith questions to the “jar” and new questions are drawn as needed to keep conversation going. Recent gatherings have featured such questions as “How should the church reach out to younger members?”, “What part of the church service is most meaningful for you?”, and “How did you find your way to St. Philip’s?”. 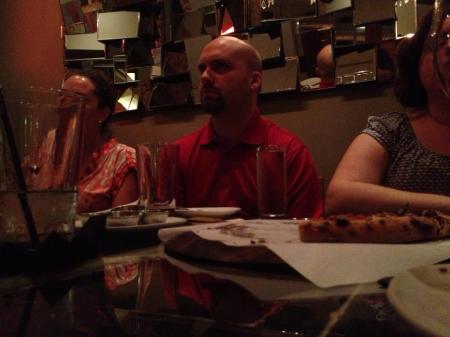 As recently highlighted in a featured segment on National Public Radio, the popularity of Faith on Tap ministries among the 20s/30s/40s crowd is tied to a growing interest in craft brewing nationally over the past couple of decades. Some people are drawn to artisan brews for the great variety in flavor they provide, others over a concern for preserving food traditions and small batch production methods. In any case, microbreweries and wine bars are now familiar and comfortable locales for many in their 20s, 30s, and 40s who have frequented such establishments with friends since their early 20s.

Although Faith on Tap-style ministries may seem new, beer, wine and fellowship have a long history. The stories of saints from the Middle Ages often mention beer, wine, and hospitality because monasteries—such as those of the Trappist order—were both famous for beer production and served as refuges for travelers. St. Arnold of Soissons—the patron saint of brewers and hop pickers—is often portrayed holding both a brewing fork and a bishop’s mitre and is said to have encouraged local peasants to drink beer for its health qualities. In his correspondence, Martin Luther clearly revealed how beer was an important part of his relationships with others. The writer and Christian apologist C.S. Lewis also cemented his friendship with the writer J.R.R. Tolkien over beer and discussions of theology.

Brewing beer has not yet been an activity of the Faith on Tap gatherings, but no one has ruled it out as a future ministry (a St. Philip’s Doppelbock anyone?). Regardless, building community and considering questions of faith are a part of the tradition that Faith on Tap strives to maintain. At the same time, Faith on Tap may provide the church with an innovative way of looking at ministry, especially to those parishioners in their 20s, 30s, and 40s.