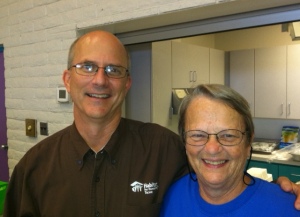 The award was started in 2008, and since then only eight volunteers have been inducted into “Leland’s Army,” named for Habitat’s first employee and long-time construction staff member, Leland Yarbrough.  At the luncheon in August, seven more volunteers were inducted into Leland’s Army, including Dani. This is a very great honor considering Habitat Tucson has over 2,500 volunteers! 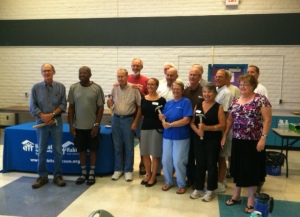 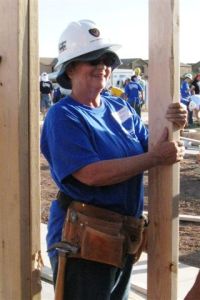 Dani (front right) and the rest of the St. Philip’s crew on Building Freedom Day 2012